The journey aboard the RRS Ernest Shackleton took two weeks in total. It was an interesting experience living aboard a ship – the constant rolling motion, the close quarters – although at times was a bit monotonous, as we were all itching to get to Antarctica and there was limited variety in things to do on the ship.

The four of us who will be doing meteorological observations at Halley decided to get involved with the observations on the ship, taken every six hours. This provided practice, as well as instruction in ship specific phenomena that we had not covered in Met training – such as swell, waves, water temperature and sea ice. Another benefit of this is that we spent a reasonable amount of time on the bridge, which was a great location for spotting wildlife and icebergs as it had very good all round visibility.

For the first week there wasn’t much to see, other than the occasional petrel or albatross that was flying around the ship. These were heavily photographed however (what with there being nothing else to take pictures of!) and were very good at timing their close fly-bys for the exact moment nobody was holding their camera! Once we got to the sea ice, there were a lot of icebergs, penguins and seals to photograph. 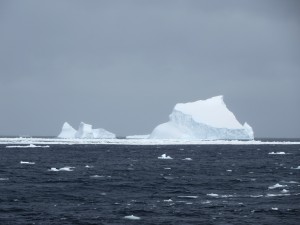 The food aboard the ship was excellent, with the option of a cooked breakfast each morning and both lunch and dinner featuring a salad bar, cold meats, soup, bread, cheeses, and a choice of main meal, all followed by a dessert or two. With their not being a lot of physical activity aboard the ship (apparently there was a gym somewhere), it would have been very easy to eat quite a lot! 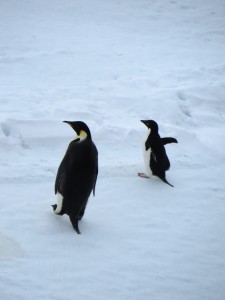 We arrived at the Brunt ice shelf early on Christmas day, and spend the day sailing along the coast looking out for penguins and other wildlife. Christmas lunch was a fantastic three course meal – the menu read as follows:

Sufficed to say, it was a really good meal! The next morning we packed up our things, and departed for Halley VI. 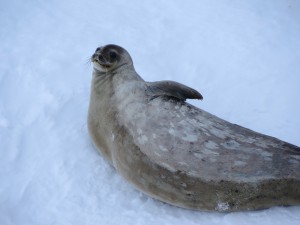 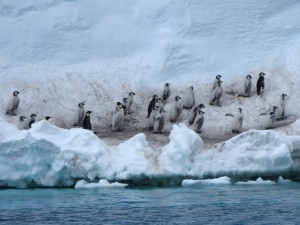