As part of my training with one of the experiments at Halley – the Microwave Radiometer – I travelled to Kiruna in Sweden where there are two similar units at the Swedish Institute of Space Physics (“IRF”). This allowed me to see some radiometer hardware, as well as test some software for new components in our system which we only briefly had in Cambridge this year. We made a number of measurements to allow us to characterise the spectrometer hardware.

One  other benefit of this trip is that Kiruna is within the Arctic Circle (67.85° N) – meaning I will visit both polar regions within a month of each other! I also had the chance to eat Reindeer and Elk, which were both very tasty! 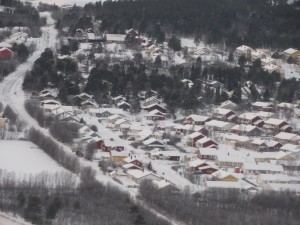 Buildings from the air 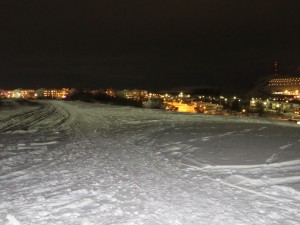 Kiruna in the dark (which, in November, was often!) 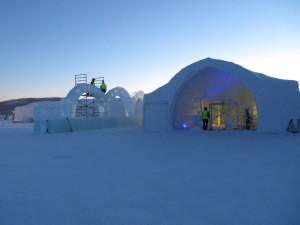 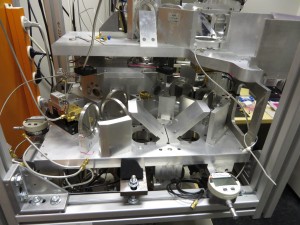 One of the Radiometers at IRF